The aim of this blog will be later on to show around the endless possibilities hidden in the kingdom of fungi, let it be traditional applications like cultivation of gourmet or medicinal mushroom, or more unusual ones, like using mushrooms for their coloring or fibre properties, etc.

Right now I merely story about my home made attempts and experiments in the fields of cultivation, dyeing, ink, paper, decoration and packaging making, etc :)
--update: contact: gombakezerarca@gmail.com

Start-up with dyeing - Part I.

During the late autumn period, after I got hooked up on Miriam Rice's mushroom dyeing books I prepared dye bathes from all sort of mushrooms that crossed my path in the forest in a volume bigger than my fingertip. Unfortunately I havent found too much from each species (ca. a handful max in most cases), so as it later turned out, my dye bathes were not awfully packed with colors.

Nevertheless, as I was looking at my rather washed out colors after the first slight disappointment I was thinking what amazing colors will I be able to achieve once I will have sufficient amount of mushroom available. Most sources suggest at least 1:1 ratio of mushroom and wool in weight, in my case wool heavily overwhelmed mushrooms.

As I also learnt by experience, different mordants and different dyes (and their combination) respond differently to different treatments. For some mushrooms, cold soaking for a day or so gives a pretty good result, while for others one must simmer it for some time, otherwise dye molecules wont attach to the fibre no matter how long it has been soaked. For shorter simmering one certainly gets brighter colors, but I tyically had to simmer for 2-3 hrs as the amount of dye molecules were so low in the bath, and so I mostly have duller tones.

Fresh mushrooms were used each time for the dyebath, with 3 exceptions of dried samples. Liquids were then stored in the fridge at 10C for some months. No need to mention, that most of them got pretty smelly either from bacteria or from fungi and their pH were elevated from around 6.3 (pH measured for non smelling liquids) to 7-8. I expect that extended storage may also affect coloring capability. Next time I will rather freeze them and prepare dyebath fresh. According to some freezing anyway has a good effect on the amount of available dye.

I used a commercially spun merino wool yarn (Regina Classic from italian manufacturer Adriafil, base color 002, lot 004 each) in white color for all dyeings, as I havent manage to locate hand spun untreated yarn in the vicinity and for a reasonable price. Apparently it is the official wool used on the "Speed Knitting" competitions, so should do as a start :). 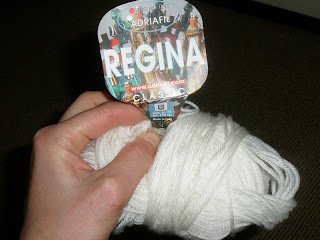 The following species were tested, and they were willing to dye the fibers to a bigger or smaller extent. (Unfortunately some of them were fully exhausted already by the test swatches, and could not be used later on the half a skeins that I dyed.):

The next ones proved to be completely or mostly dye duds, not resulting in any significant dye with the so far tried methods:
Clitocybe odorata
Coprinus comatus
Coltricia perennis
Mycena pura
Pleurotus djamor
Trametes versicolor brown variety

What do you use fungi for?